Parineeti Chopra
Comments
Parineeti Chopra, 25, is often compared to Kajol possibly due to her friendly, enthusiastic persona and her uninhibited style of acting. She is emotional and sensitive and cries easily, but is primarily happy as a person. She considers herself loyal, but a poor judge of people. Ahead of her upcoming romantic film Hasee Toh Phasee, she talks about her strict father, the caring Aditya Chopra and why Maneesh Sharma will always hold a special place in her life. Excerpts:
How did you come into films?
I was born and brought up in Ambala. My dad is this typical orthodox, narrow-minded Punjabi man, in front of whom you can’t even utter the word called boyfriend. He expects you to get up at seven in the morning and go for a jog. We had little money and would go on a cycle to school. But my nana lived in Africa and was very affluent, as he owned a big insurance company and so every summer vacation we would fly first class for our holidays there and from there to a new country. My mom had come to Delhi for a one-year course and her relatives wanted to marry her off. She went to see this boy at a singing performance where the Chopra brothers, Priyanka’s father and my father, were performing (they did shows for their passion) and my mother fell in love with my father and married him. I have always been a big city girl, so post college in Ambala, I went to Manchester and did a triple honours degree in Business, Finance and Economics, but in 2009, when I graduated, recession had hit hard and there were no jobs for bankers. So I had no choice but to come back to India. My dad was a supplier to the army and was not a very well-off person. I had gone on a big student loan to study there with some help from my nana. I would do part-time jobs to sustain my life and study there. I worked with Manchester United and used to do a catering job. I would meet the entire team, including David Beckham, everyday. I knew he was a star and my friends would get envious as I got to see the matches for free, but I was not a football fan at all. For me, it was just a well-paying job. I also took orientation classes for new students at the university and worked at a departmental store. Coming back to India was a big jolt, as it was a waste of degree and money. Due to recession, there were no jobs in banking even in India. So I had once come with my sister Priyanka to YRF, while she was shooting for a film. I used to judge films and actors and feel they were useless and would often tell my sister, ‘You have such an easy job. You just have to wear good clothes and travel the world and make money.’ She would get very disturbed and say, ‘You don’t know what acting is.’ But all that was theory for me. So I applied and got a job as a marketing intern with YRF and started enjoying films and then got myself a permanent job. After a year, I thought of giving acting a shot. I had only done school plays for annual days before that. The good thing was I did not struggle and got my first film, Ladies vs Ricky Bahl, easily. I had worked on the marketing of Band Baaja Baaraat and Maneesh Sharma would often see me and say, ‘Why don’t you become an actress?’ That got me thinking, but I did not tell him till one day he sent me to the casting director to give my audition. After a few months, I resigned from my job as I had decided to go and take an acting course. But the very next day, I got a call from Maneesh saying they wanted to sign a three-film deal with me. I went to meet Adi and just cried and hugged him. 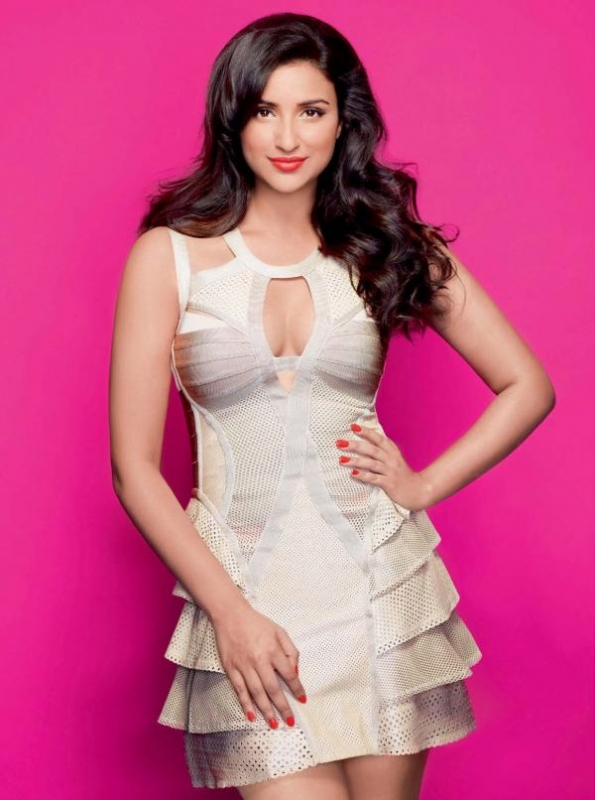